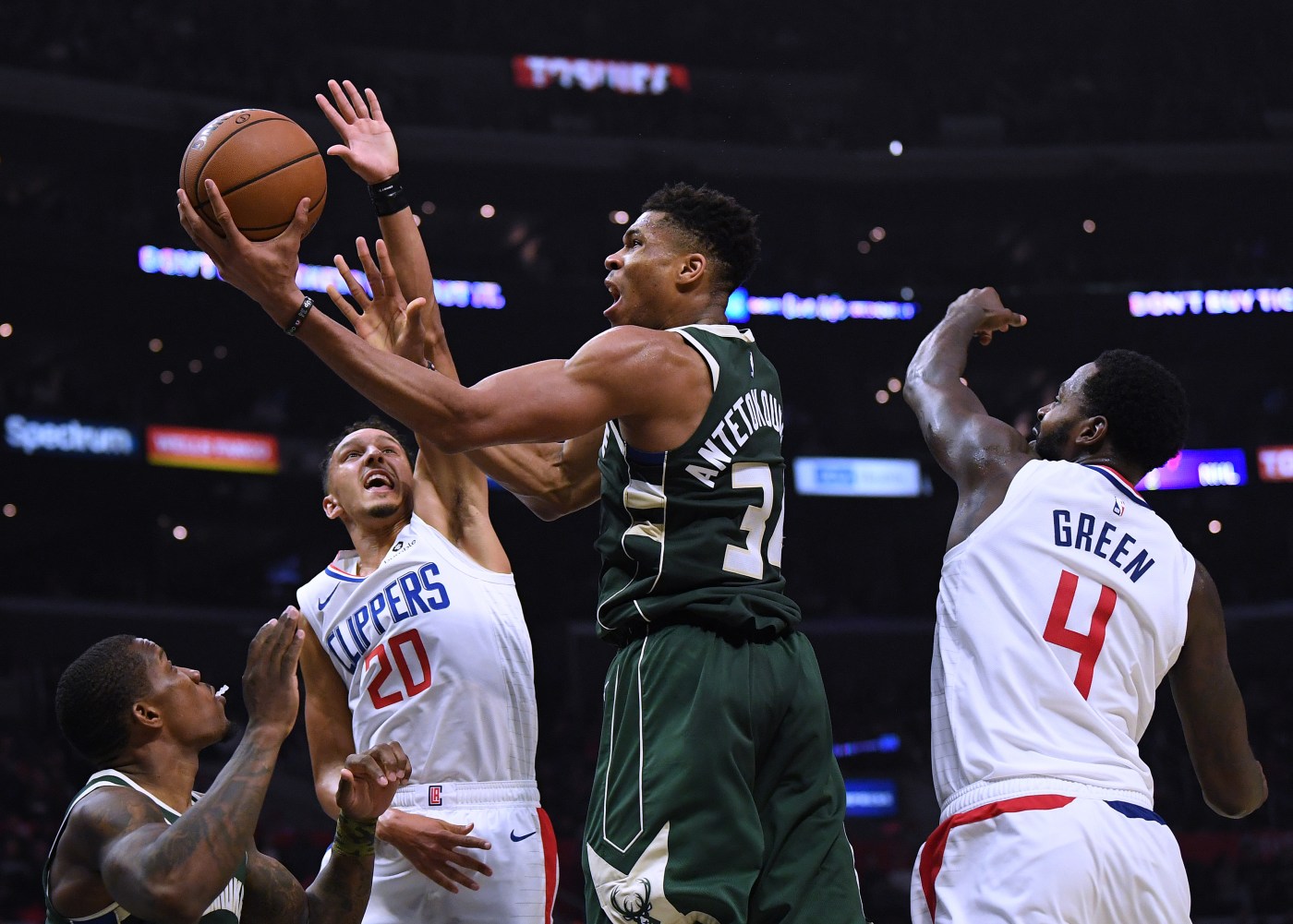 The Clippers are about to embark on a six-games-in-nine-days stretch – about which the Clippers’ gritty guard Patrick Beverley was unfazed: “We get paid to play basketball, we’ve got some of the best jobs in the world. We’re hoopers, we like to hoop; we get a chance to play a lot of games.”

Indeed, they’ll have an opportunity to cram a lot into this trip, including a pair of back-to-back games, first in Washington and Indiana, and then in Minnesota and Chicago.

Sandwiched between: Kawhi Leonard’s return to Toronto on Wednesday.

Asked before practice Thursday to share his thoughts on going back to face his former team, the two-time NBA Finals MVP assured reporters in Milwaukee he wouldn’t be consumed with feelings about the title run he took the Raptors on last season before signing with the Clippers during free agency.

“I’ll be thinking about just playing against a team, and wanting to win the game for the most part, and just really getting my ring that night,” Leonard said. “Probably those are the things I’m gonna think about. … We’re there for one reason and that’s to play the Raptors and try to win the game.”

But first, the fun starts Friday with a showdown against reigning league MVP Giannis Antetokounmpo and his Eastern Conference-leading Bucks (5:30 p.m., Fox Sports). The Bucks have won 13 in a row to improve to 19-3; the Clippers are 16-6 and have won 10 of 11, though only three of eight games on the road.

“You have to put them as a favorite in the East,” Clippers coach Doc Rivers said, noting that aside from losing Malcolm Brogdon to the Indiana Pacers, the Bucks are enjoying a level of stability that is rare in the current NBA.

“They’re the one team that didn’t change, when you think about it,” Rivers said. “They came into (the season) and rolled the ball out and they knew exactly what they were running; they’re the only team in the East that can say that.”

Meanwhile, the Clippers are coalescing on the fly, finally finding time to practice Thursday for the first time since Nov. 9, a welcome occasion for a team tasked again with trying to slow Antetokounmpo, who had 38 points, 16 rebounds and nine assists against the Clippers – who were without Leonard or Paul George – in a victory earlier this season at Staples Center.

“We all watch him,” said Leonard, whose defense on Antetokounmpo in the Eastern Conference finals last season helped the Raptors prevail. “He’s aggressive, plays the game hard. Very skilled. Seven-foot guy who can handle the ball, (drive) by defenders into the paint. (He’s) making treat moves in the post and he’s sitting down, hitting the outside shot a little more this year. And he can pass the ball. Add all that together and he’s tough – and he’s playing defense on the other end.”

Landry Shamet (high left ankle sprain) and Rodney McGruder (right hamstring strain) won’t play Thursday, but Rivers said he was more optimistic that forward JaMychal Green (listed as “questionable” with a tailbone contusion) would be available – at least judging by the signs Rives was getting from the team’s medical staff.