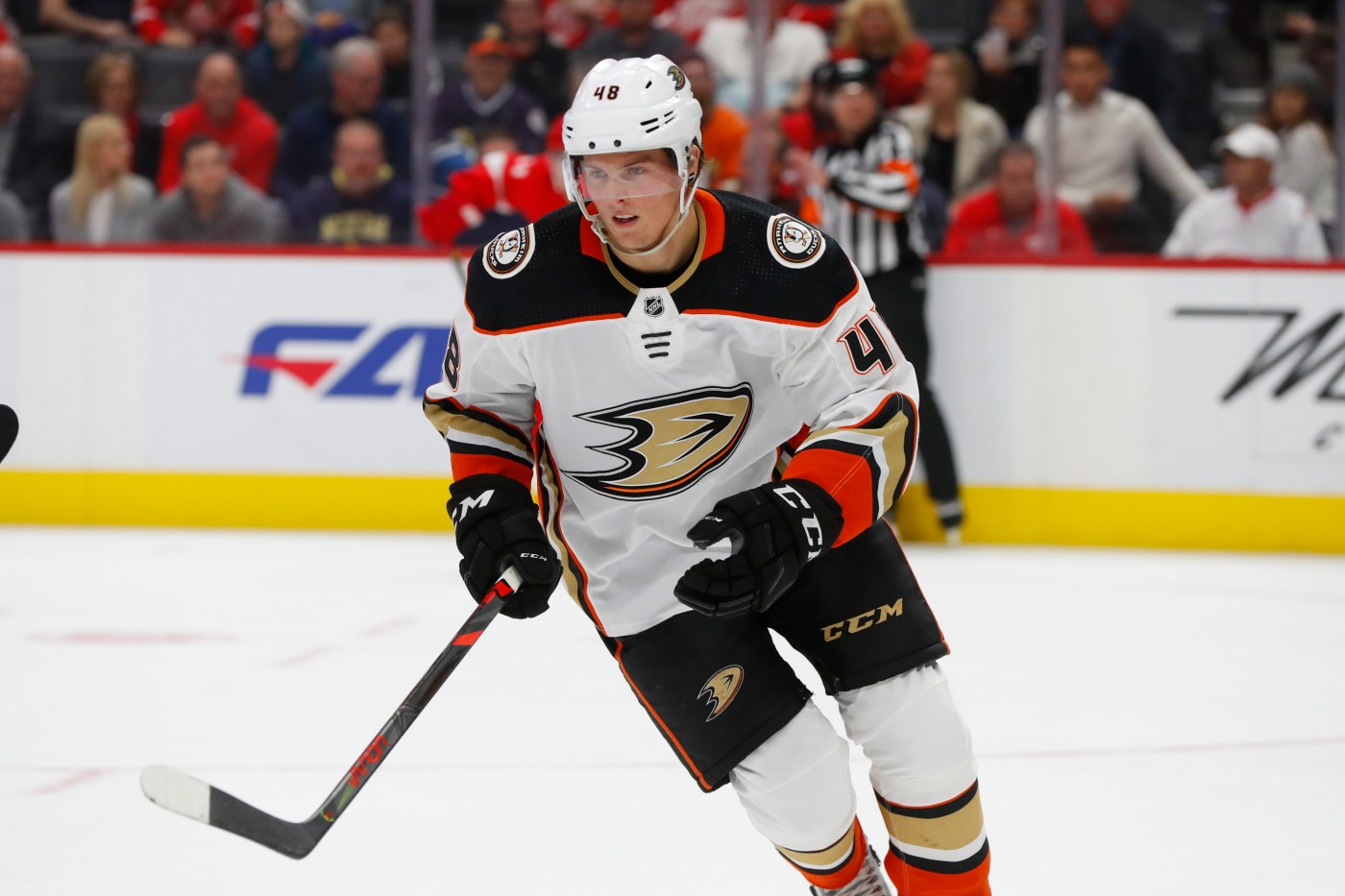 NEWARK, N.J. >> A virus swept through the Ducks’ dressing room, leaving team captain Ryan Getzlaf in such rough shape that coach Dallas Eakins kicked him off the ice during Friday’s practice at Prudential Center. Getzlaf’s availability for Saturday’s game against the New York Islanders was uncertain.

It could create a difficult challenge for the Ducks when they face one of the NHL’s top teams.

Or it could create an opportunity for one of their young players.

The Ducks didn’t recall Isac Lundestrom from their AHL team in San Diego to sit in the press box munching popcorn while his teammates actually play the games. They summoned Lundestrom, a 20-year-old rookie center, to the NHL to learn, to grow, to contribute and to play a vital role.

“Lundestrom has been really solid down there,” Eakins said of his play in San Diego, where he’s had nine points (two goals, seven assists) in 21 games. “He’s played well. I thought he was one of our better forwards, if not our two or three best forwards the other night.”

Eakins referred to the Ducks’ 3-1 loss Wednesday to the New Jersey Devils. Lundestrom played 18:37 after playing Tuesday for the Gulls in a shootout loss to Grand Rapids in San Diego, then awaking early to fly cross country to join the Ducks only a few hours before they faced the Devils.

Lundestrom skated with fellow Swedes Rickard Rakell and Jakob Silfverberg to start Wednesday’s game and was credited with two shots, one that was on target and one that was blocked. Lundestrom won five of nine faceoffs (56 percent).

“His first look this time around has been a very favorable one,” Eakins said. “Again, (Friday) in practice, really, really good. He’s detailed. He’s competitive. He was executing. So, he’s earning everything he’s getting right now. This isn’t just a given.”

No question, Lundestrom and Max Jones, a 21-year-old left wing, might be with Gulls rather than with the Ducks if not for injuries to right wing Troy Terry and center Derek Grant earlier this week. The Ducks needed help and Lundestrom and Jones were recalled from San Diego.

Terry, 22, is another young player who had earned a significant role with the Ducks. He’s expected to be sidelined for up to 10 weeks after breaking his fibula right below his right kneecap following a knee-to-knee hit from Nicolas Aube-Kubel of the Philadelphia Flyers on Tuesday.

Eakins certainly was impressed during his limited time with Lundestrom in San Diego. Eakins coached the Gulls for four seasons before the Ducks hired him to be their coach, after Randy Carlyle was fired last February and general manager Bob Murray assumed the coaching duties himself.

“As much as we would have liked to have had him in San Diego or with the Ducks last year, he did go play in a man’s league,” Eakins said of Lundestrom’s decision to play in Sweden last season. “That Swedish league isn’t some kids’ league. It’s a very, very good league.

“He’s got really good habits,” Eakins said. “Like, real good pro habits. Sometimes it takes guys a while to develop that when they’re that age. He already has them. To me, the good pros are the ones who come in every day and they do everything that’s been required and then do more.

“Take practice, it’s not just, ‘OK, I’m out here practicing,’” Eakins said. “There’s a compete level. There’s an execution level that not only are we looking for, but the player has his own standards, as well. We can ask, we can push, we can pull as a staff, but it always comes down to what are your standards? What are your self-imposed standards?

“His standards are high.”