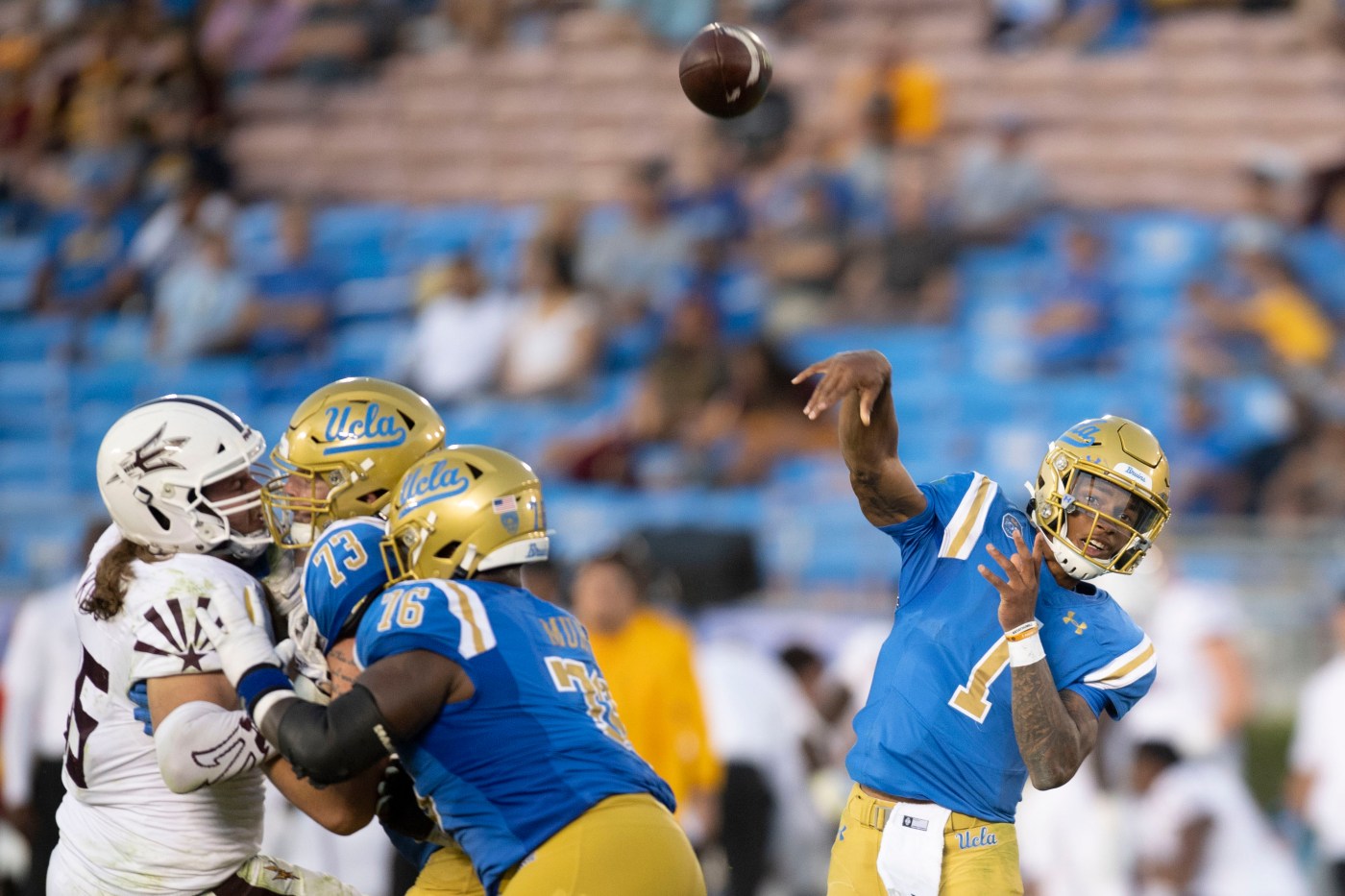 The UCLA football season is over but some questions remain about the future of the program.

Here are some of those lingering questions and how they may play out in the upcoming season.

Will Chip Kelly return next season?

Kelly dismissed the report that he was exploring options to leave the program, following the 28-18 loss to Cal in the season finale.

Kelly reiterated his commitment to the program during the postgame press conference with UCLA athletic director Dan Guerrero, who is usually in attendance at home games, sitting across the room.

The question remains whether he will be open to making changes on his staff.

How will the Bruins replace Joshua Kelley’s production?

Demetric Felton would be the obvious answer here but a lot of his production, despite being listed as a running back after switching from receiver in the offseason, came as a receiver and a kick returner. Felton rushed for 331 yards. He also caught 55 passes for 594 yard and is expected to be a centerpiece of UCLA’s offense next year

Will DTR take the next step forward?

Dorian Thompson-Robinson finished his first full season as the Bruins’ starting quarterback. One of the biggest takeaways was his development and health. The sophomore quarterback has a chance to take a big step forward as a junior but will need to come up with a solution to prevent him from running straight back while under pressure.

DTR lost 352 of the 550 rushing yards gained this season. A step forward could mean great things for the Bruins in 2020. The sophomore also had his share of injuries this season.

Will the experience lost at the linebacker position hurt?

The Bruins will lose six senior linebackers and create the biggest hole to fill on the depth chart this offseason. Days removed from the season finale, two linebackers announced they will enter the transfer portal with the intentions of continuing their career elsewhere.

Bo Calvert returned for the final game of the season and made his presence known at linebacker, after missing the first 11 games due to academic suspension.

Calvert could not redshirt the season because of the suspension and will return as a junior. Calvert and Leni Toailoa are expected to lead the way at linebacker next season.

What could be the biggest difference between the 2019 season and the 2020 season?

Young, inexperienced players will no longer be an excuse for the Bruins next season.

The Bruins had the second-highest percentage of freshmen players on their 2019 roster with 53.3%. Two of UCLA’s eight true freshmen that played this season made up the left side of its offensive line and now have a year of experience. Kyle Philips came into his own this season as a redshirt freshman and could be expected to lead the receiver unit along with sophomore Chase Cota.

The current sophomore class includes players such as Thompson-Robinson and defensive back Stephan Blaylock, who led the team in tackles.

With Chip Kelly entering his third year at the helm, the personnel on the roster will be mostly Kelly’s.