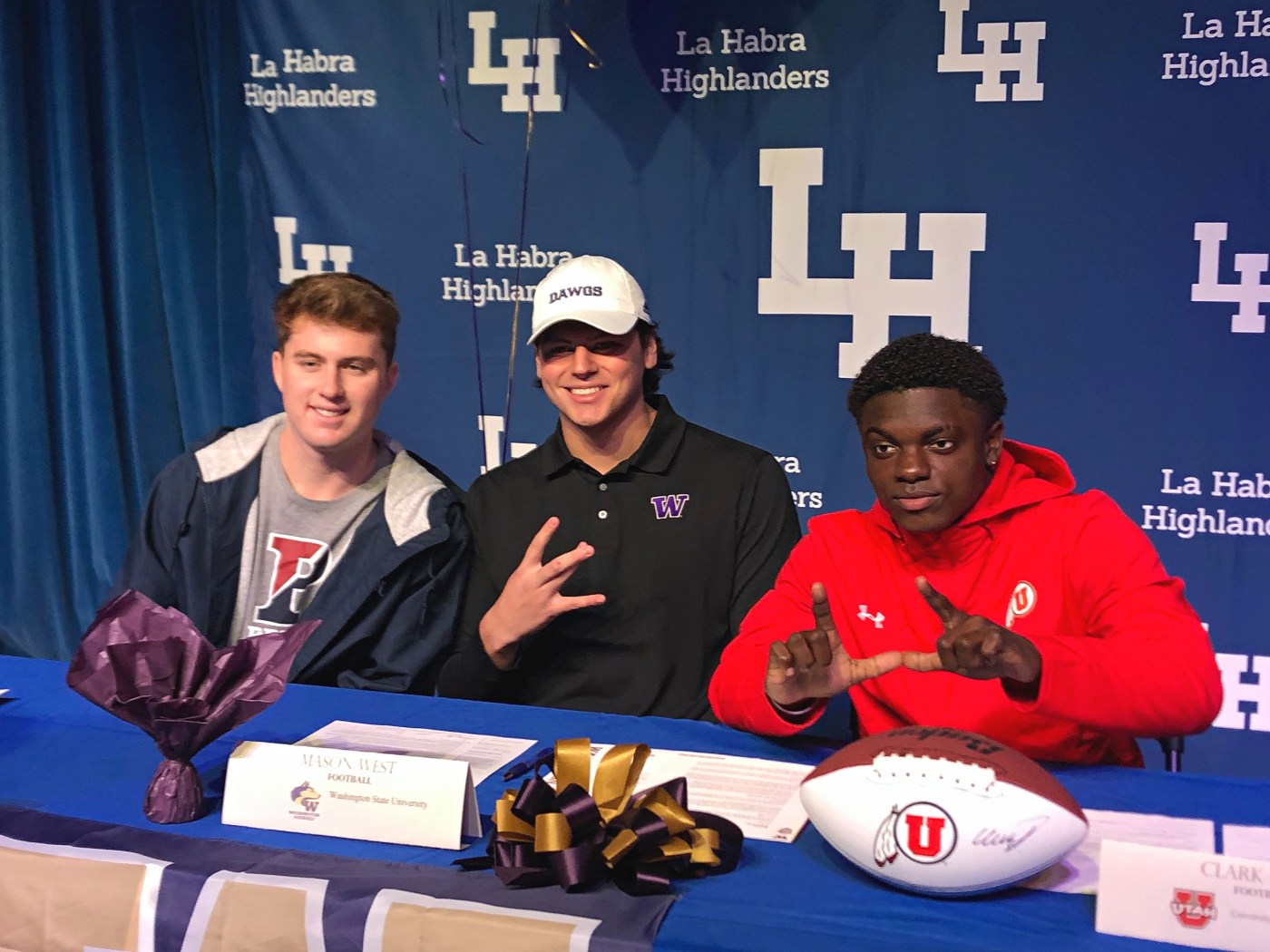 Phillips’ recruiting journey ended one day after the early National Signing Day for football recruits and a dramatic, late twist.

“Recruiting is definitely like a roller coaster, for sure,” Phillips said. “At the end of the day, it comes down to how comfortable I feel … and where I want to spend the next four years or so. I just felt most comfortable with Utah.

“I’m excited to really step up and go attack that new journey.”

Fast and athletic, the 5-foot-10 Phillips was one of Ohio State’s top recruiting targets and becomes the highest-rated recruit to sign with Utah, according to 247Sports. He is the No. 4-ranked cornerback in the class of 2020.

“He’s definitely a program changer in the secondary,” La Habra coach Frank Mazzotta said of Phillips, who plans to enrolled at Utah on Jan. 3.

Phillips said Thursday that the recent decision of Ohio State co-defensive coordinator Jeff Hafley to take the coaching reins at Boston College played a role in his switch to Utah.

Hafley offered Phillips the Ohio State scholarship that the senior committed to verbally in June.

“Clark, he’s a relationship person,” Mazzotta said. “Clark was Hafley’s main guy. … Now he’s gone. Is the next guy going to feel the same way about Clark? Or you had a relationship with the Utah guys and you’re always on the top of their board.”

Utah offered Phillips during his sophomore year at La Habra, his first since transferring from St. John Bosco. The Utes also hosted Phillips on a recruiting trip last weekend.

Utah also could could become a destination for Phillips’ brother Bryce, a junior cornerback who started opposite of Phillips this past season.

“That hour, 15-minute flight (to Utah) is great but I really don’t think that was a factor in the decision,” Phillips said of his father’s health. “Utah is the best fit.”