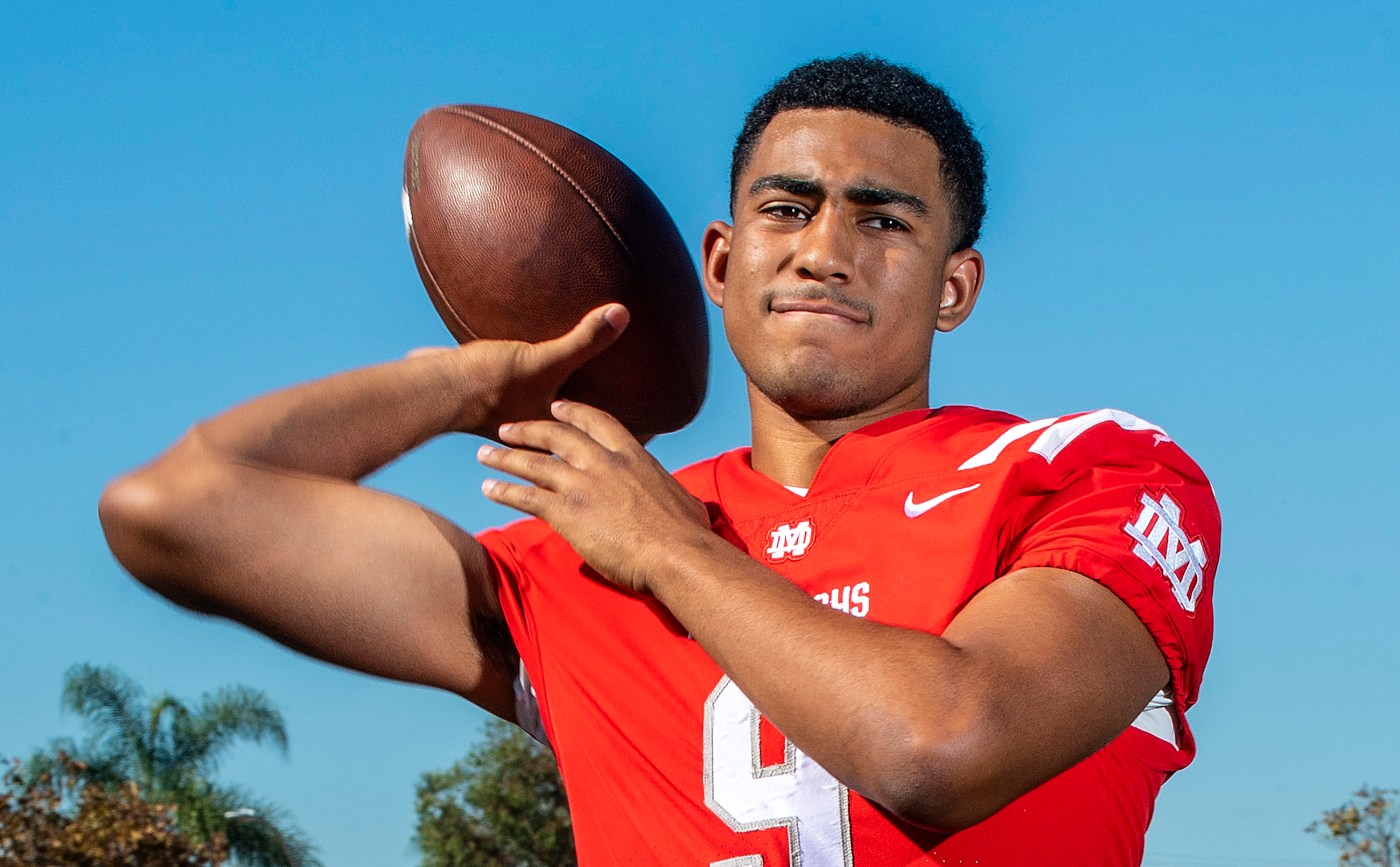 Mater Dei quarterback Bryce Young picked up a big victory one week after the Monarchs lost in an epic CIF-SS Division 1 final.

The Alabama-committed senior was selected Friday as the Gatorade California Player of the Year, which factors play on the field along with academic performance and character.

Young delivered an outstanding season, passing for 4,528  yards and 58 touchdowns to lead the Mater Dei to the Division 1 finals against Trinity League rival St, John Bosco.

The Braves and Clemson-committed quarterback DJ Uiagalelei rallied from a 23-point deficit to stun the previously undefeated and nationally No. 1-ranked Monarchs 39-34 but Young passed for 405 yards and five touchdowns.

Uiagalelei passed for 444 yards and five scores in a game that continues to buzz in Southern California.

Young also has been selected the Trinity League’s MVP after leading the Monarchs (12-1) to the league crown.

Young is now one of the finalists for Gatorade’s national player of the year award, which is announced later this month.

He is expected to graduate early at Mater Dei and enroll early at Alabama.