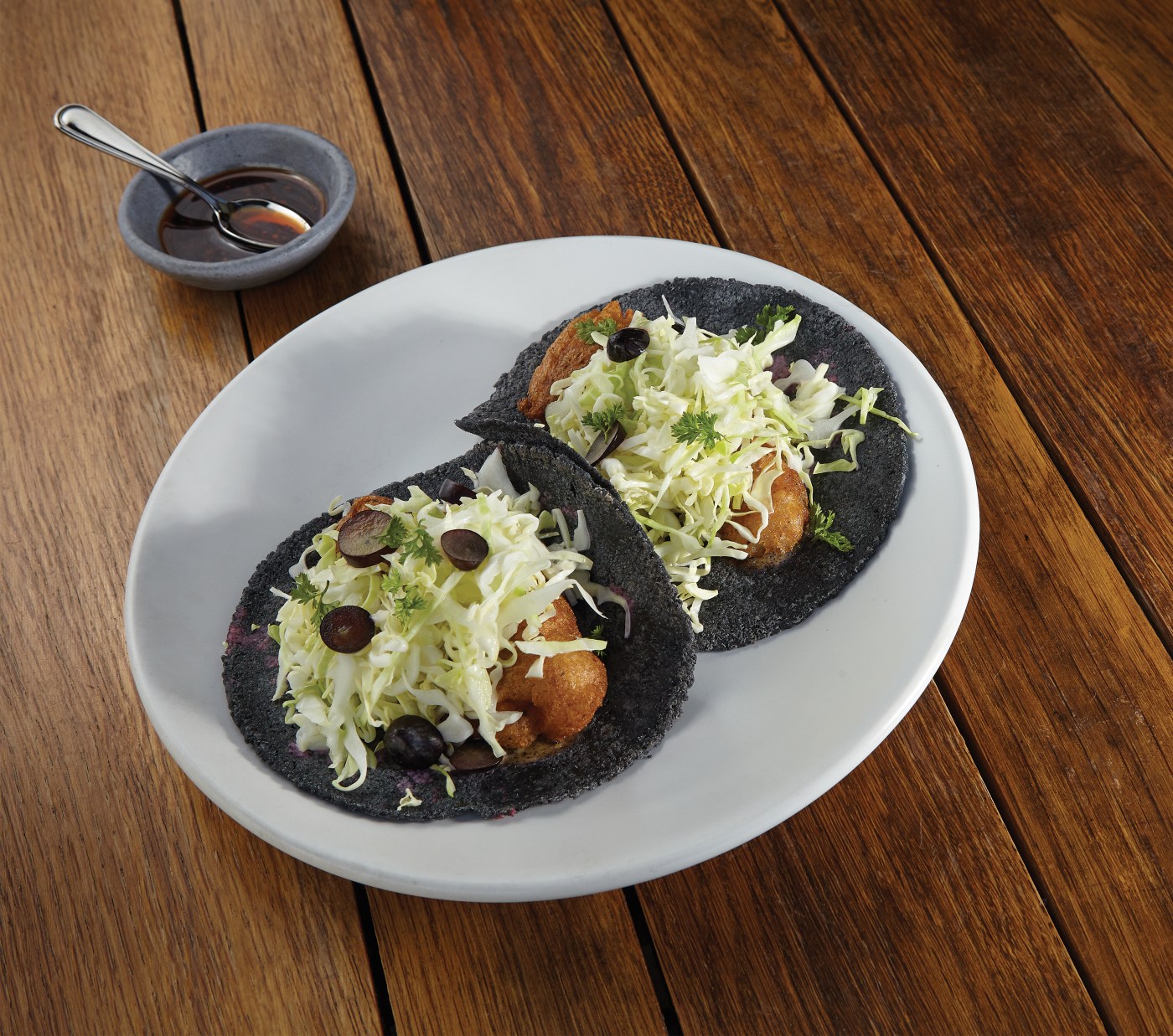 It’s your birthday lunch. You arrive at SOCO in Costa Mesa and park your car in the vast lot surrounded by interior design showrooms. You enter a building hived with small boutiques, Portola Coffee Roasters, an artisanal cheese shop … the space is labyrinthine and vaguely disorienting. Keep walking past the cheese shop and the vestibule for restrooms and, finally, arrive at Taco Maria.

There could not be a more unlikely and mysterious location for a Michelin-starred restaurant. Helmed by Carlos Salgado, one of the most talented and inspired chefs in the world at the moment, Taco Maria has led the vanguard of culinary innovation in Orange County over the course of five short years.

But you already know this. That’s why you’re here. What you may not know is that this is a family affair. Generously greeted and seated by Emilie Coulson-Salgado – Taco Maria’s general manager and the chef’s partner in business and life – you find yourself at a table on a quiet sunlit patio, outside the restaurant’s tiny dining room. Both Carlos and Emilie grew up as restaurant brats. Carlos grew up at his family’s flagship La Siesta restaurant in Orange, which finally shuttered several years ago. Emilie’s family owns and operates the 120-year-old White Gull Inn in Door County, Wisconsin, now run by her sister. The two met in San Francisco. Emilie worked in education as Carlos began the transition from a secure career in the tech world to the riskier proposition of culinary school. Starting out as a pastry chef at a handful of respected Bay Area outposts, including Coi and Commis, Carlos plotted his next move. The couple moved to Orange County in 2012 and the rest is culinary history. A series of rave reviews, accolades and awards followed the opening of Taco Maria in 2013. This tide of positive attention crested in June with the award of a Michelin star.

Perusing a surprisingly spare menu largely comprised of imaginative taco options, supplemented by a slim selection of starters nodding to traditional Mexican fare – all glossed with the chef’s mindful alchemy of ingredients, texture and taste – choices must be made. From the list of apertivos, the delicate and subtle aguachile of hokkaido scallop and the mushroom quesadilla sporting plumes of molten, red Oaxacan cheese serve best. Coming two to an order, any taco combination works: Shiitake mushroom “chorizo”; chicken in ancho-almond mole; pork belly with a piloncillo glaze; grilled hanger steak with bacon and roasted chiles; or the elegant ode to Ensenada of lightly battered fried black cod, charred scallions and cabbage, studded with halves of tiny black grapes.

Served on house-made blue corn tortillas, these tacos are most definitely not “street-style.” They represent a simply articulated elevation of creativity and craft that opens a wider door to the inherent complexity, diversity and sophistication of Mexican cuisine as a whole.

But wait … it’s your birthday. No dessert? When asked, why the absence of postprandial sweets? Emilie laughs and shrugs her shoulders. “I have no idea! He won’t explain … it’s the mystery of Taco Maria!”

Sea salt and sugar, as needed

Char the scallions slowly in an oven set to 310F. Allow them to dry completely, then darken until the are brown as coffee beans. Do not allow them to fully carbonize, although some ash is fine. Puree the scallions into the grapeseed oil, until completely smooth. Allow to rest overnight before straining through a chinois, pressing the solid to extract the ash and fine particulate. Add more oil as needed to make up to 450g infused oil total. Prepare an aioli with the garlic, egg yolk and charred scallion oil. Season with champagne vinegar, white sugar and salt.